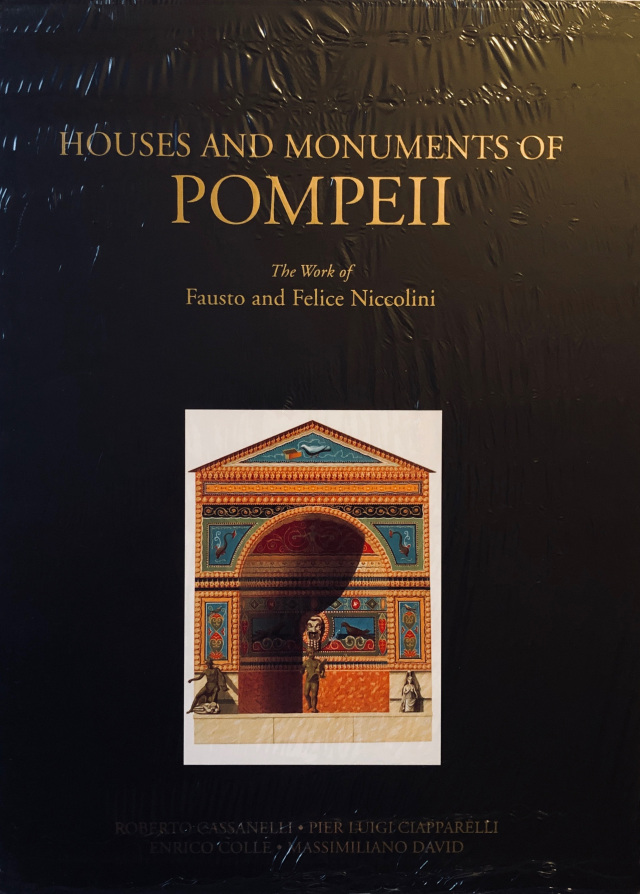 Houses and Monuments of Pompeii: The Work of Fausto and Felice Niccolini

New (sealed) - Hardcover - Oversize - slip case - 2002 - The discovery of and excavations at Pompeii in the second half of the eighteenth century not only provided historians with a trove of information about ancient Roman civilization but also fired artists' imaginations and inaugurated the vogue for the "Pompeian style" that so influenced the West in the nineteenth century.

This book reproduces, along with commentary, Le case i monumenti di Pompeii (1854) of Fausto and Felice Niccolini, the first work to present completely and systematically all the public and private buildings so far excavated in Pompeii. It features the wondrous watercolors the Niccolinis created to document Pompeii and is thus a beautiful and essential tool in understanding the excavated remains themselves and how the modern archaeologists perceived and recorded the ancient world.

These magnificently reproduced drawings of the excavations are accompanied by texts that explain the documents by the Niccolinis, as well as the evolution of the Pompeian style in Europe, the pictorial representation of Pompeii in the nineteenth century from engravings to photographs, and the evolving styles of archaeological documentation.